Gilbert, AZ – June 14, 2018 – American Equus rode into history with longtime sponsored rider Mike Smith as he and Justify swept the 150th Belmont Stakes on Saturday, making them only the 13th horse and rider pair to win the coveted Triple Crown. A crowd of 90,000 cheering fans, as well as millions of television viewers hoping to see a repeat of American Pharaoh’s historic 2015, went wild as the pair broke from the gate and led the entire field around the historic Belmont Park. American Equus is proud to have carried Smith on his journey with Justify to win the triple crown and solidify his place in horse racing history. 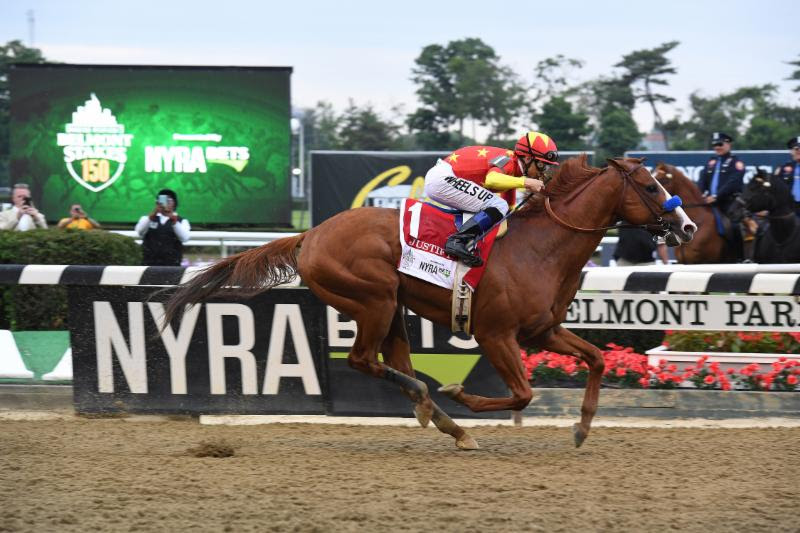 “If you had asked me two years ago, when I founded American Equus, if we would have not only won the richest single race in horseracing, but also the Triple Crown, I would have said ‘absolutely not’,” commented David Shano, Founder of American Equus. “Working with Mike [Smith] has been one of the most rewarding experiences in my career. American Equus is honored by his support of company, unwavering belief in our irons, and to have helped him effectively ride this incredible horse to the biggest victory in his incredible career.”

From his very first race, Justify has been nothing short of incredible. The chestnut stallion, owned by China Horse Club, WinStar Farm, and SF Racing, and trained by Bob Baffert, completed the mile and a half on a fast track in 2 minutes 28.18 seconds and became the second undefeated Triple Crown winner, since with Seattle Slew in 1977. Justify has handily won six straight G1 races since beginning his competitive career only four months ago. 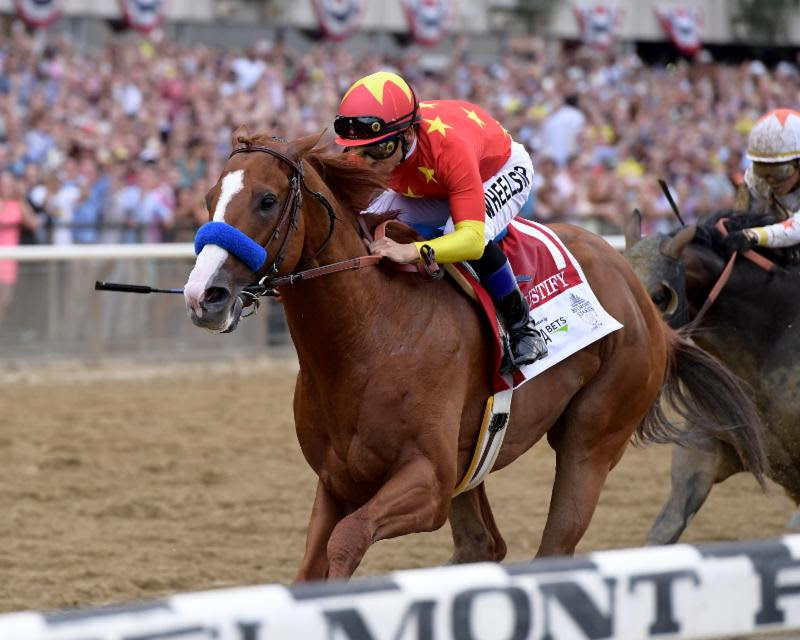 “The Kentucky Derby and the Belmont Stakes were certainly less than ideal conditions to race in,” said Smith. “In the Preakness especially, Justify jumped the tracks a couple of times and my foot never slipped. The American Equus irons keep my ride smooth and solid and almost like I am standing on the ground. They definitely make all the difference.”

The ultra-lightweight of the Thoroughbred Racing Irons and the extra wide Teardrop footbeds has been a signature on Smith’s racing saddles for more than two years.  Smith has worked closely with American Equus to create state-of-the-art irons that best allows him to ride with stability and comfort even in the worst track conditions. The irons are an integral part of the jockey’s success and safety.

“In the time that I have worked with American Equus, they have really taken off and the wonderful thing about it, is that they are like family now,” remarked Smith. “I feel very close to the Shano family and their support has been enormous. The product really works and feels right to me and I have had great success with them on horses like Arrogate, Abel Tasmen, Unique Bella, Songbird – the list goes on and on and the results speak for themselves.”

“Big Money Mike” Smith is considered one of the most successful and influential riders in the sport, with over 5,300 victories and total purse earnings topping $312,243,585. He has held a place in the National Museum of Racing and Hall of Fame since 2003 and has secured wins in two Derby’s, two Preakness’s, two Belmont’s and a record 26-Breeders’ Cup races, as well as the Pegasus Cup, and Dubai World Cup.  At an unbelievable 52-years-old Smith, now has the distinction of becoming the oldest jockey to win the Triple Crown.

“American Equus is looking forward to many more races with Mike and continuing our relationship of success for many years to come. For as long as Mike wants to race, American Equus will be there to make sure he is as safe and competitive as possible,” commented Shano.

Smith and Justify were not the only American Equus riders to take home wins during the Belmont weekend.

To see full results from the Belmont Stakes, click here.