Lexington, KY – June 25, 2018 – The National Horse Show, scheduled for October 27 – November 4, 2018, has announced the judges for the prestigious ASPCA Maclay Horsemanship Championship as well as its other important hunter and equitation divisions. Each year the country’s top hunter and jumper riders come to Lexington, KY to compete in some of the most difficult classes they will do all year, including the ASPCA Maclay Championships.

This year, the ASPCA Maclay Championships will take place on November 4. This year, the judge’s booth will be occupied by esteemed horsemen Walter T. Kees and Chance Arakelian at the helm. Both men have an incredible history of success in Equitation and will be charged with determining which rider will take home the 2018 title. 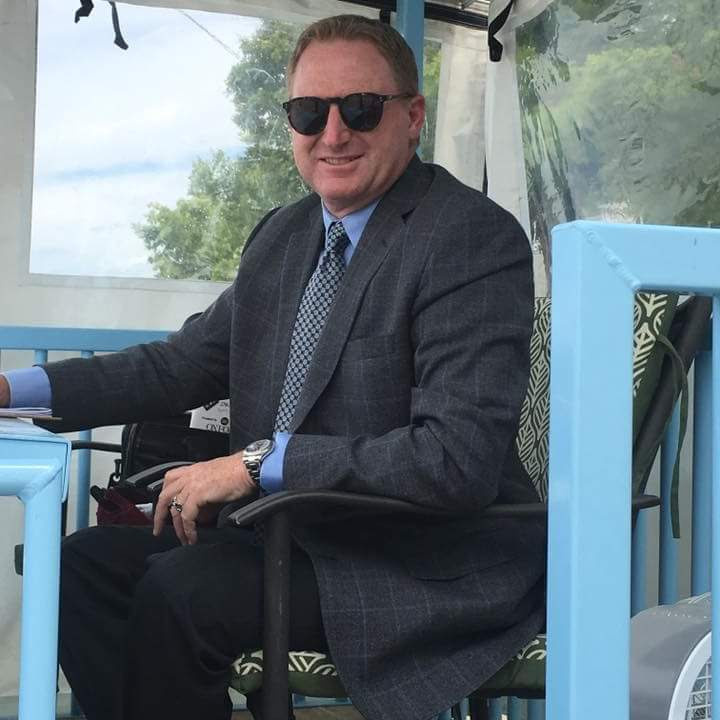 Arakelian, originally of Rancho Santa Fe, California, is a long-time horseman and trainer. He was a student of the legendary Hap Hansen for 12-years before he began his own training business, and he shares his knowledge and equestrian experience through training clinics he presents throughout the year. Additionally, Arakelian has produced some of the top hunters in the equestrian sport through his import and sales business, and has officiated at some of the country’s top equestrian events as a USEF ‘R’ licensed judge, including the Devon Horse Show. Currently Arakelian is the Head Trainer and Director of Riding for the Ox Ridge Hunt Club.

With over 40 years’ experience on the “A” horse show circuit, W.T. (“Timmy”) Kees is one of the country’s most prominent hunter / equitation trainers. His riders have won the ASPCA Maclay, USEF Medal and USET equitation finals a total of seven times. Kees has also trained hunters such as Holy Smoke, Watership Down, So No Wonder, Castaway and Double Cinco to championships at Devon, Harrisburg, Washington and the National Horse Show. He is a USEF “R” judge and conducts clinics throughout the country.

In 2010, Kees was inducted into the National Show Hunter Hall of Fame and in 2013, he won the USHJA’s Jane Marshall Dillon Award for his teaching and mentoring of young riders. In 2014 he was awarded the NEEC Lifetime Achievement Award. He is currently a member of the National Horse Show Equitation Committee as well as the USEF Equitation Committee. Kees is based in Norwalk, Connecticut and Wellington, Florida where he trains horses and riders for the hunter, jumper and equitation divisions.

The format of the Maclay Championships requires riders from eight separate regions to compete in a preliminary round to be shown over a special course of jumps, with a minimum of fifteen riders asked to come back for the flat phase. After the flat phase, a minimum of fifteen riders will be asked to return for a final round over a second course of fences. The final phase will include a test of up to six riders, which will decide who will take home the championship title.

Earlier in the week, Daniel Robertshaw and James Clapperton will occupy the judges booth for the hunter divisions at the 2018 National Horse Show. A combination of their perspectives will determine the champions in the prestigious junior, amateur, and professional hunter divisions where some of the top hunters in the country will compete for the championship title.

Robertshaw, of Camden, South Carolina, is a long-time horseman who has earned the name as an all-star judge throughout his equestrian career. He has judged multiple hunter and breeding divisions at some of the most prestigious equestrian events in the country.

Clapperton, based in Morrison, Florida, is also a prominent name in the equestrian sport with a long history judging the hunter division. Clapperton has officiated some of the top equestrian events in the country as a USEF ‘R’ rated judge, including hunter divisions at the Devon Horse Show and the USHJA Pre-Green Incentive Championship.

Kennedy has served as a USEF ‘R’ rated judge since 1995, and has officiated some of the top equestrian events in the country, including the Winter Equestrian Festival, the Kentucky Horse Shows, the Legacy Cup, and more. She has also won multiple championships as a professional rider, winning eight AHSA Horse of the Year titles among other prestigious titles. 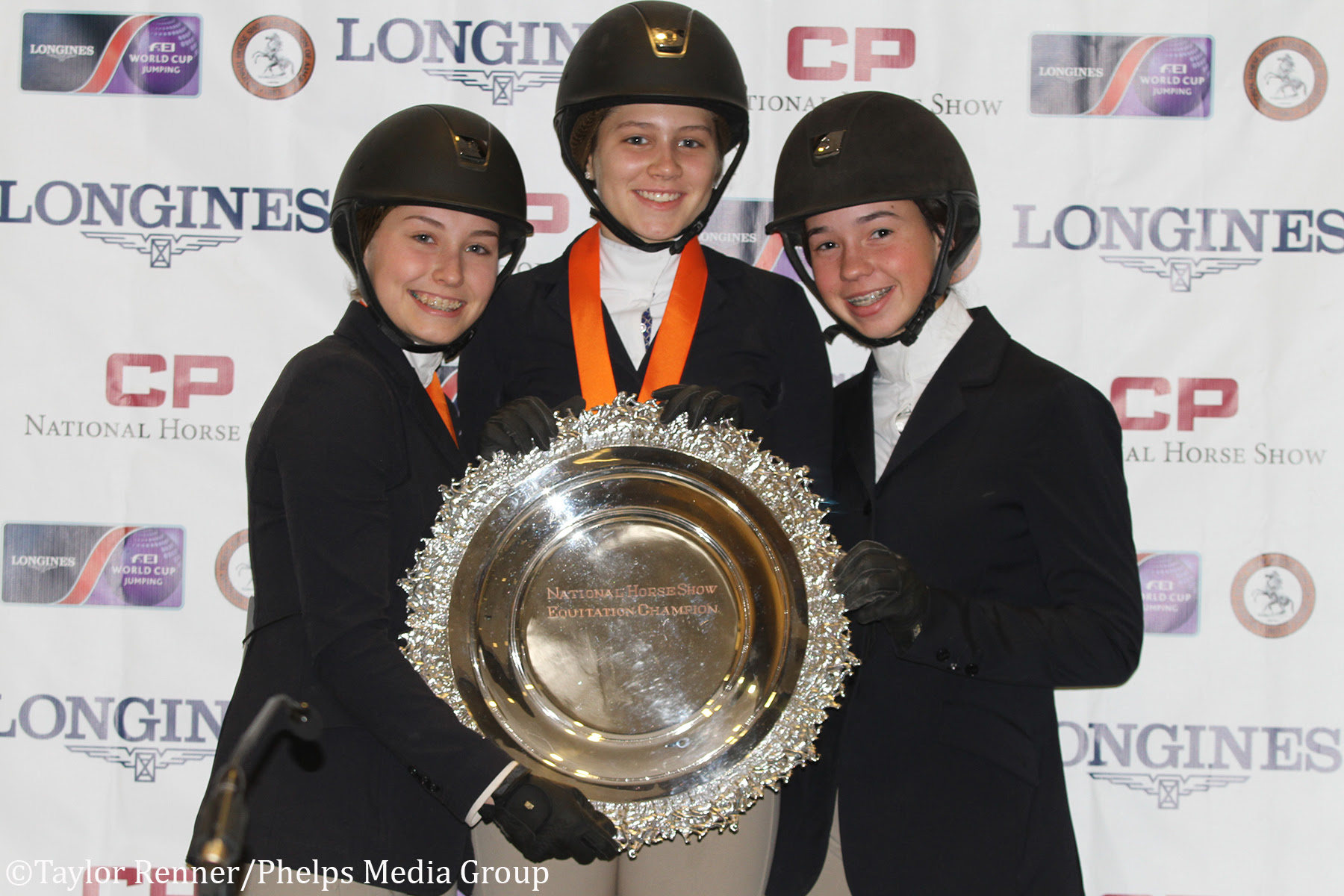 To learn more about the National Horse Show, click here.

Thank You To Our Sponsors 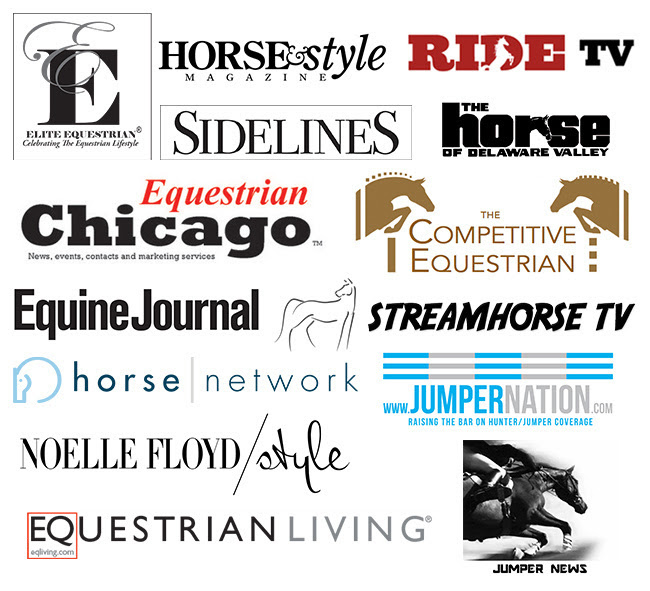